home
news
find us
join in
about us

In 2014 we launched a consultation with members of the group and our community. The Trustees of the Fant Wildlife Group wanted to know what you think about our priorities for the future.

We would like to say a big thank you to everyone who completed the survey, for your comments, suggestions and kind words of support. 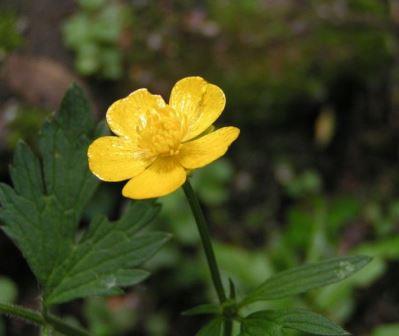 Those who completed the consultation put Conservation designations and legislation as their top priority followed by Habitat maintenance and enhancement:

What does this mean?

We have reflected on the results of the survey and made plans for the future.

You told us that we should seek legal protection for the Fant Wildlife Area to ensure that it can never be built on.

This year, with your continued support, we are optimistic that Maidstone Borough Council will grant a 99 year lease to the community to safeguard the Fant Wildlife Area for the next generation. We will also continue working towards Local Nature Reserve (LNR) status.

A Local Nature Reserve (LNR) is for both people and wildlife. LNRs offer people special opportunities to study or learn about nature or simply enjoyment. To qualify for LNR status, the site must be of importance for wildlife, geology, education or public enjoyment. LNRs must be controlled by the local authority and must care for the natural features which make the site special.

You told us that our second priority should be encouraging wildlife by extending existing woodland areas and creating new habitats like ponds and wildflower meadows.

On Saturday 13 September 2014 an area of nettles adjacent to the largest grass area was cut near to ground level. The cut nettles were removed to reduce soil fertility. Two weeks prior to the sowing date the same area was cut again.

On Saturday 11 October 2014 the same area of nettles will be cut again and removed as before. We then sowed the area with a mix of grasses and wild flower seeds.

The area was cut and nettles removed in January, February and March 2015, to allow seeds to germinate and plants to establish. The area will not be cut again until September 2015, and then annually in late August or early September. Species monitoring will take place between May and September 2015. The number and type of species will be recorded to determine which wildflower species have successfully established.

Many types of wildlife makes their home in dead wood, and other animals use it as a source of food. In woodlands, fallen wood occurs naturally and many species have adapted to use this habitat. But in our increasingly tidy countryside, fallen and dead wood is not so common. A pile of logs simulates fallen trees and is considered beneficial to a range of wildlife. Habitat piles are a cost effective way of creating refugia since any materials used are found on site. Habitat piles are best placed in a shady spot, so that they remain cool and damp. The decaying wood also supports a range of fungi.

Thanks to a generous donation of a load of logs from C Spencer Ltd we now have a new habitat pile! It took our regular monthly work party a few hours to move the logs and create a new habitat pile. We used a mixture of wood and different sized logs with the bark on, such as beech, oak, ash and elm. We added a pile of leaf litter to attract even more creatures, such as hibernating toads or hedgehogs. New logs will need to be added as the old ones decay over the years.

You told us that we should inform the whole community about our work and encourage everyone to get involved by using leaflets, posters and our website and social media.

We have commissioned artwork from local artist Suzie Dafforn and produced a new leaflet which will be delivered to every house in the neighbourhood.

Take a look for yourself…

You told us that it was important for us to work with local schools and youth groups to teach the next generation about nature conservation.

Over the past year we have welcomed a number of Scout and Guide groups from the local community and further afield. They have enjoyed a range of activities including pond-dipping, bug hunts and surveying for slowworms. In the coming year pupils from St Michael’s School will be visiting us regularly.